Tom Hagwood is a horse trainer from Powell, Wyoming. Tom is well known for being the 4-time (3-in-a-row) champion of the Mustang Heritage Foundation’s premier event. He is not the only mustang champion in his household though, as his wife, Arianne, has won titles on mustangs herself. Today, the Hagwoods mainly focus on mustangs, but that wasn’t always the case.

For many years, Tom trained horses primarily for clients. As many cowboys do, he would use these ‘outside’ horses while day working for different outfits. In 2008, when the economy slumped, clients no longer invested in training these horses. There was still day work to be done but he found himself without a horse. That is when his journey with the mustangs began. 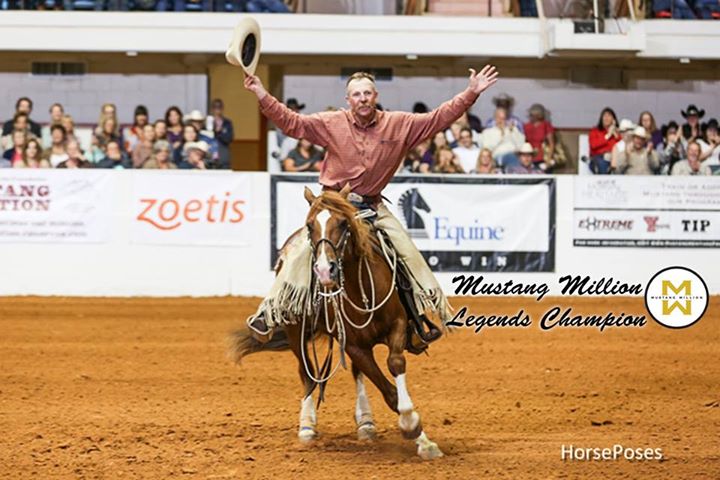 Tom decided to head to Ontario, Oregon to a mustang adoption event and get himself a horse. He came home with a four-year-old horse that he named “Pardner.” On Pardner’s thirteenth day, he went to the mountain to work. Tom rode Pardner for 7 months straight, barefoot, in the mountains. Pardner turned out to be a great horse. After Pardner, Tom continued to adopt mustangs.

In 2013, Tom adopted his first, but not his last, Beaty Butte Mustang, Merv. Merv and Tom went on to win the Mustang Million. The following is what Tom and Arianne wrote to us about their successes with our horses and what the Beaty Butte horses mean to them. 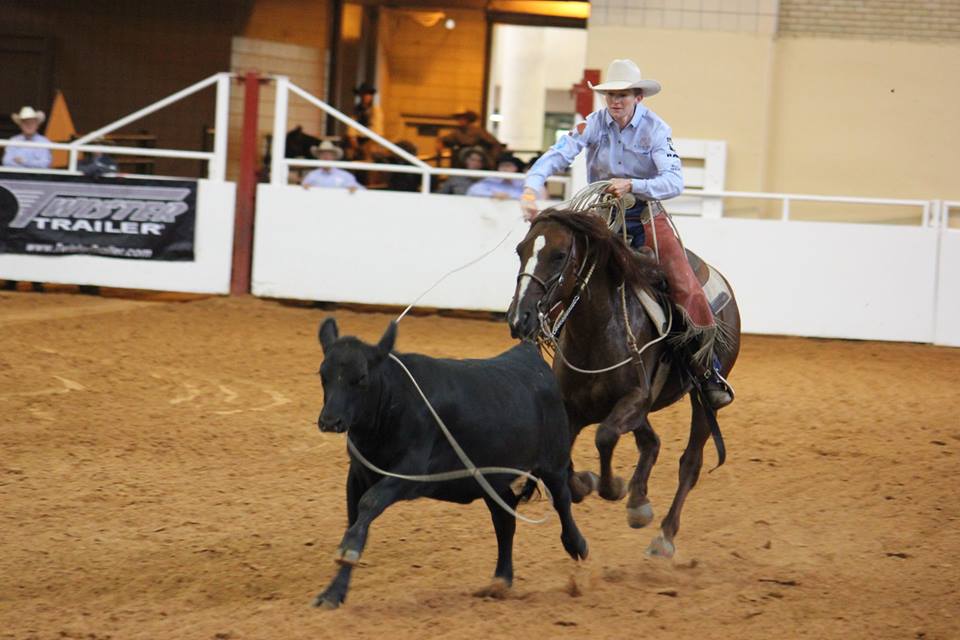 “The Beatys Butte horses have been life changing for us. We compete in the Mustang Heritage Foundation’s mustang makeover events in Fort Worth, Texas, and although we have won championships on good horses from multiple herd management areas in several states, we’ve had more success on the Beatys Butte horses than horses of any other one HMA.

In 2013, I bought a good-looking little sorrel Beatys Butte horse to complete in the biggest competition the Mustang Heritage has offered. I named him Merv, after an old cowboss, Merv Takacs, I worked for and learned a lot from on the Spanish Ranch, Squaw Valley division, in Nevada. Merv turned out to be a fine example, demonstrating the mustang horse’s trainability, versatility, and athleticism. We had 140 days to prepare for the competition that year, and Merv never took a bad step. He was strong on a rope, good on a cow–the kind of horse you can do anything on. He and I became the Mustang Million Champions, winning $211,000, a 2014 Dodge trophy truck, and many other prizes.

The year before, my wife, Arianne Hagwood, had purchased a Beatys Butte gelding off the Superior Livestock internet auction/adoption for the chance to complete in Fort Worth. She and Harney won all their preliminary classes, and were the 2012 Supreme Extreme Mustang Makeover Idols Reserve Champions, winning over $10,000.

Arianne was invited to the invitation only Mustang Magic event held during the Fort Worth Stock Show. On our way home from the Mustang Million, we picked up her horse for the Magic. Since the horses for this competition are assigned by random computer draw, she was pleased to see she’d drawn a Beatys Butte red roan mare. She and Amy won the 2014 Mustang Magic.

In 2016, we adopted some recently gathered Beatys Butte horses from the Burns corrals. One was Soldier, a nice bay gelding that I sold last year at the Bots Sots Remount Sale in Sheridan, WY for $30,000. He was one of the nicest horses I’d ridden. We still have a couple of the colts we adopted. They started nice and we are looking forward to their futures.

While a person can get a good one from any herd management area, we feel the Oregon horses are managed as well, if not better, than any, and we will always have a soft spot for the Beatys Butte horses.” 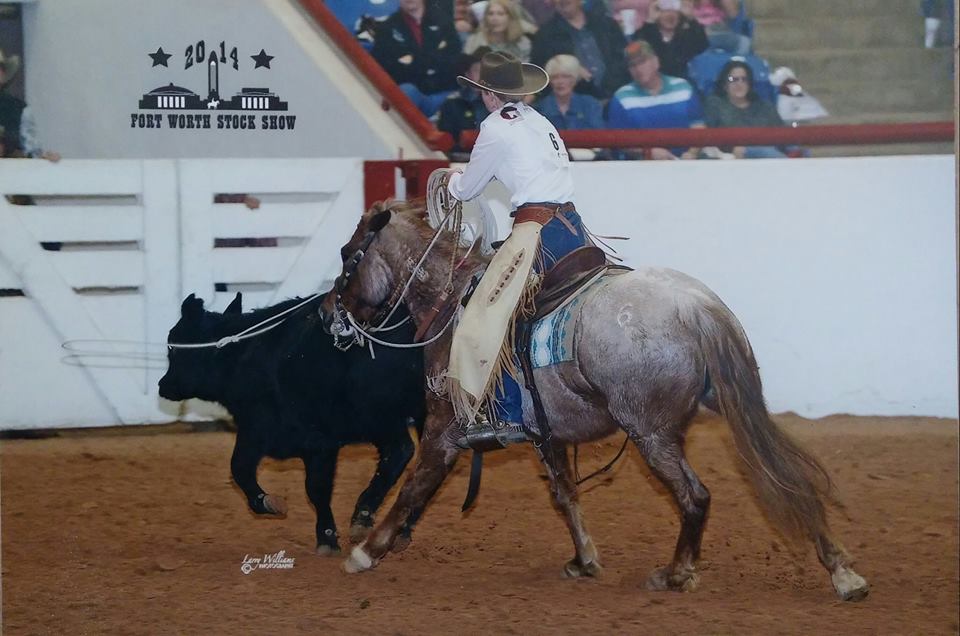 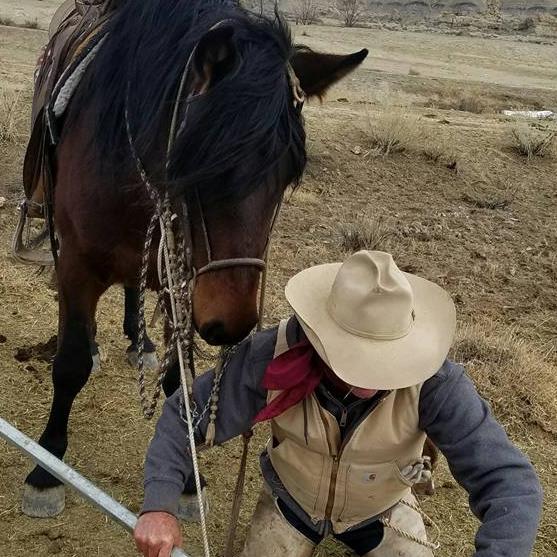